Mother’s desperate plea for living kidney donor for her son

Tyshan Morgan has been surviving without a kidney for six years – undergoing a gruelling 25 hours of dialysis every week. 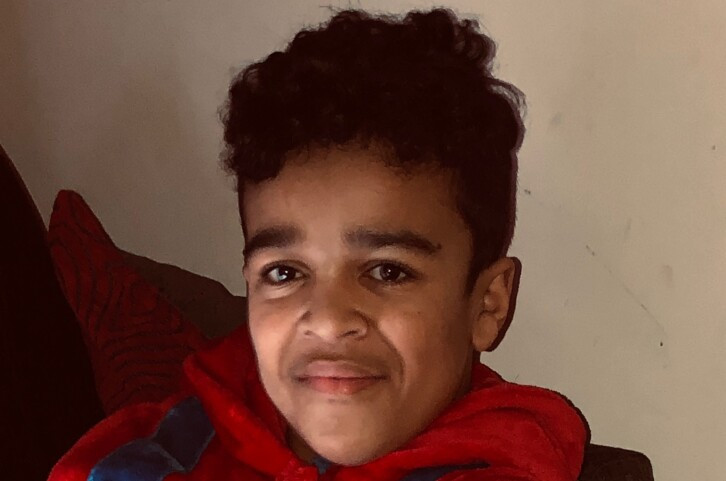 Now his family have issued an urgent appeal to find a living donor before the pressure on his heart becomes too much.

The 13-year-old from Hackney was born with just one kidney – he was six when that started to fail and, though his father donated a kidney, within a year Tyshan developed sepsis – a sign his body had rejected the transplant.  His kidney was removed and he has been on dialysis ever since.

His mum Charlotte told Word on the Street: “Tyshan has been through such a lot – he has his good days and his bad days but he’s really determined. At the age of 13, he just wants a normal life – he’s always saying ‘why can’t I do this or that?’

“He has had over 50 operations – including creating a new bladder and a colostomy bag. As a mother, nothing prepares you for that. I was only 21 when I had Tyshan and it has been a really difficult journey but you have to keep going – if I stop, he stops.”

Doctors say finding a living donor is the only option for Tyshan. Because of the surgeries he’s had before and due to complications with other parts of his body, numerous specialist surgeons will have to be involved in his transplant so having to scramble teams at short notice for a kidney from a deceased donor won’t be viable.

Until then, Charlotte and her mother Audrey, carry on administering dialysis at home every other day. They spent five months training to use the machine and caring for Tyshan means Charlotte has been unable to return to her job working in a primary school.

Charlotte added: “Tyshan’s body can’t get rid of fluid by itself – he just swells up. Dialysis is how we get rid of the fluid. He can only drink up to 800ml per day or the pressure on his heart will be too much.  It can be really scary – when we’re doing dialysis we can only pull off a litre at a time and there’s some guesswork around what we think his weight should be that can impact that. If we pull off too much fluid, he shouts ‘help me’ – he becomes instantly very unwell if he’s dehydrated and we have to quickly release fluids.

“I have to make sure he’s getting the right support mentally – when he’s on dialysis, he’s in his room and often by himself – it can be very isolating.”

Tyshan, who was diagnosed with autism a year ago, attends Stormont House School in Lower Clapton. He loves Lego, football, drawing and creating animations and playing with his five-year-old sister Taviarna.

More than 1,000 people each year across the UK donate a kidney or part of their liver while they’re still alive to a relative, friend or someone they don’t know. Generally people who receive a kidney from a living donor live longer than those who receive one from a deceased donor.

To find out more or to register an interest in donating a kidney to Tyshan contact his transplant nurse Anita by emailing Anita.copley@gstt.nhs.uk

He has had over 50 operations – As a mother, nothing prepares you for that.