Do you know the Good Samaritan who fed dozens of stranded motorists?

The search is on for a Good Samaritan from Stoke Newington who ordered pizza for dozens of motorists stuck overnight following a collision on the M11. 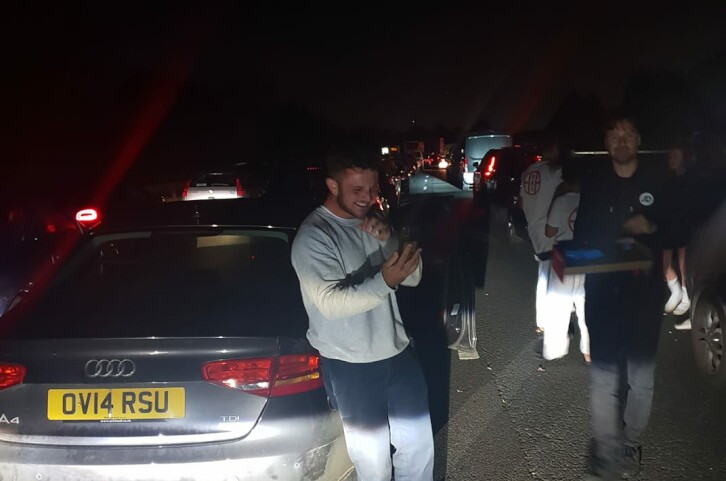 Clare Sherman and her three children were among the motorists forced to wait in their cars on August 15 for over six hours while emergency services dealt with a serious accident.

Now the 44-year-old is on a mission to shine a light on two men who went above and beyond to help those stranded. They ordered Domino’s pizza for dozens of strangers and wouldn’t accept any money. She’s spoken to one but she’s struggling to track down the other – a man called Lee.

She said: “What amazed myself and the children was people's kindness, men offering to give up their shirts to keep people warm, strangers offering food and drinks, myself and my kids walked up the motorway handing out biscuits that I had.

“However, there were two men that were the hero's, (obviously apart from the emergency services) they walked off the m11 to an address to meet a Domino’s pizza delivery man, and fed many, many people. The two men wouldn't take any money. I have managed to find one of the two men and I have spoken to him and thanked him, however I am very keen to thank Lee.”

In a Facebook post that has attracted thousands of likes and shares, she gave what little information she has about Lee in the hope someone would recognise him – and she included a photo. She said: “He had just dropped off his new girlfriend at Stansted airport and he told me he was heading home to north London. He is believed to live in stoke Newington, so I'm hoping someone recognises him.”

Do you know Lee? Please let us know so we can help put him in touch with Clare!

He is believed to live in stoke Newington, so I'm hoping someone recognises him