In Hackney, a series of events are being held to celebrate and commemorate the contribution the Windrush generation have made to local communities. 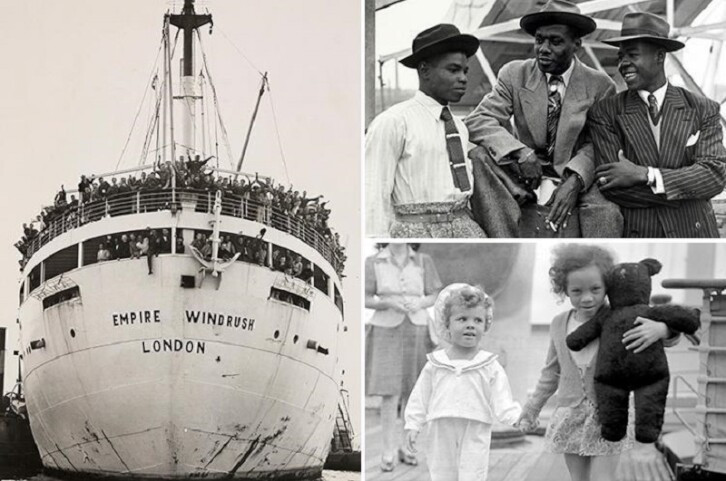 They include A Father’s Love family fun day at Stoke Newington School on June 15, a Windrush Tea Party in Stoke Newington Town Hall on June 22 (12pm till 4pm), a party for the over 50s in Vince Murrain Community Centre (Woodberry Down) on June 25, a street party in Uprising Community Club on August 10 and a Windrush Parade (part of Hackney Carnival) on September 8.

Location Location's community magazine, 'Word on the Street', looked back at the political actions in recent years that have caused such upset and hardship for many of the so-called Windrush Generation.

Windrush: the devastation caused by a hostile government

In June 1948 as Britain still reeled from the aftermath of Word War Two, the Empire Windrush docked in Essex carrying hundreds of people from the Caribbean.

They were the first of 500,000 Commonwealth citizens who settled here, having been invited to help rebuild the country between 1948 and 1971 – many of them were children. Being born in a British colony gave them the right to settle here – they didn’t need papers, nor were they given any.  Many spent most of their lives here – they had jobs, paid taxes, joined communities and raised children here.

Yet the government’s ‘hostile environment policy’, which came into force in 2010 (a year after all the passenger records from HMS Windrush were destroyed), changed everything. It made staying in the UK as difficult as possible for people – insisting landlords, employers, the NHS and banks carry out ID checks and refuse services if individuals can’t prove legal UK residence.

Hundreds of London residents have been affected by the scandal – some have been refused medical treatment, they’ve had job offers withdrawn, lost their homes, been refused benefits, been moved to centres awaiting deportation and some have been deported – all because they don’t have the paperwork to show they’re here ‘legally.’

Cllr Carole Williams, of Hackney Council, said: “Hackney’s Windrush generation and their children have, and continue to, contribute a huge amount, and are at the heart of the borough’s culture. It’s appalling that these valued members of society have been treated as second class citizens by this Government.”

About 8% of Hackney’s population is of Afro-Caribbean ethnicity and it’s believed the borough is home to hundreds, if not thousands, of the Windrush generation, and many more come from Commonwealth countries across the globe.

The hostile environment policy also led to an increase in the cost of applying for ‘leave to remain’ and naturalisation, which many local families simply can’t afford. The Government’s hope was that residents who couldn’t prove their right to be here would ‘voluntarily leave.’  In February this year 29 people from the so-called “Windrush generation” with criminal records were deported to Jamaica

Tottenham MP David Lammy, who has been campaigning to help those affected by the scandal. He said: ““I have met many Windrush citizens forced into petty crime precisely because of the government’s hostile environment outrageously stripping them of their rights to work, healthcare, housing and benefits.”

He said the hostile environment policy had: “turned employers, doctors, landlords and social workers into border guards.” He added: “It is the same policy that makes people effectively guilty unless proven innocent – an inhumane treatment which blurs the lines and denies thousands of Commonwealth British men and women their rights.”

He added: “The Windrush scandal was more than a unique mistake caused by officials – it was a disgraceful and as yet unresolved display of a toxic and racist undercurrent driven by public alarm over immigration.

“When my ancestors arrived in this country under the Nationality Act of 1948, they arrived as British citizens. They were British subjects not because they came to Britain, but because Britain came to them, took their ancestors across the Atlantic, colonised them, sold them into slavery, profited from their labour and made them British subjects. The connection between Britain and colonised countries was created by the former, which makes it all the more appalling to see individuals who helped rebuild this shattered nation in the post-war period be rejected, caged, turned into prisoners by their own country and disqualified as British.”

The Government has since apologised for its “appalling” mistake in classifying thousands of legal UK residents as illegal immigrants and launched a hardship fund and compensation scheme for those impacted by the scandal. Campaigners are urging the government to provide free specialist legal advice to every Windrush citizen who needs it.

Sally Daghlian, CEO of Praxis, an organisation providing legal support and welcome to refugees and migrants said: “The ‘hostile environment’ doesn’t apply just to long-term residents from the Windrush generation: for example, thousands of young British born children entitled to register as British citizens under the British Nationality Act of 1981 are prevented from doing so because they are required to pay an extortionate fee of over £1,000 – these are young people with no rights to work or study, wasting their potential because of government profiteering. The cost of processing applications is significantly less than the fee.”

In April he was awarded the Long-Term Achievement Award in recognition of his 20-year fight for racial equality and social justice. He dedicated his win to the victims of the Windrush scandal.

In 2018 Vernon launched a petition on Parliament’s website asking for amnesty for minors who arrived in Britain between 1948 and 1971 and demanding compensation for Windrush victims.  He collected over 180,000 signatures.

His Windrush Justice Fund raised more than £40,000 towards independent legal help for those affected by the scandal.

Windrush: the devastation caused by a hostile government